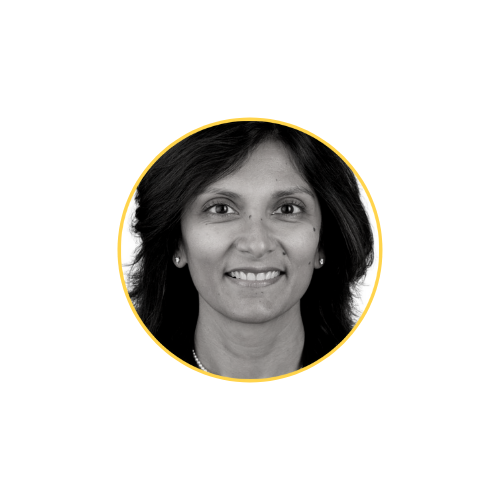 Dr. Rola Shaheen, Chief and Medical Director of Diagnostic Imaging, Peterborough Regional Health Center in Canada, speaks with Dr. Mehta on her experience with the impact of COVID-19 during her time as Chief Breast Imaging at Beth Israel Deaconess Medical Center and what she sees as the potential values of A.I.

Since the onset of the COVID-19 pandemic, many mammography facilities have experienced shutdowns, resulting in backlogs of women awaiting rescheduled mammograms, and are facing workforce shortages as well as operational and budgetary pressures. What impact do you think the pandemic will have on screening mammography services and patients in the short and long term?

Short-term, it had a huge impact. In the United States, we shut down from mid-March to mid-June. We had no screening and very limited diagnostic capacity in the Boston area; our volumes were 10% of what they were before. Some of that was due to the CDC and federal mandates and due to our workforce being redeployed and needed for other things.

Beth Israel Deaconess Medical Center opened up in July of 2020 and, on paper, had capacity. But that was challenging because now the workflow was different; we had to change our waiting rooms, the way we checked patients in, how the patients went to the dressing room, how we did the paperwork and the intake sheets, the PPE, the social distancing, all of that. And so everything took longer than what we used to do. So how do we wind up doing the same amount of work?

We were a little bit creative, in terms of increasing hours, opening weekend appointments, trying to play catch-up. At one point, we were at 120% of our capacity, but we had to be careful in terms of physician burnout, workforce burnout, and technologist burnout.

We also had issues with no-shows; some people were just afraid to come. We had to think about how we could regain their trust; we did ad campaigns of how often we cleaned and that we provide masks and that we have hand sanitizers, and we would do some of this cleaning in front of patients so that they saw us, even though we would usually get the room ready and then bring the patient in after.

There was an interesting article recently in JAMA Oncology talking about the screening deficit. They said there’s a 9.2 million-person screening deficit in the United States. Specific to breast cancer, that number was 3.9 million women between 50 and 79 years old.

There are also studies that have looked at the implications of long-term and intermediate delays. What does that six month delay of diagnosis or treatment do?

There was an interesting study from Australia that did some modeling and they said that, in their patient population, a six-month delay led to a more advanced stage diagnosis in 5% of their patient population. So instead of a stage one diagnosis, it would be a stage two cancer diagnosis. We may think six months is not a big deal, but six months is a big deal to a number of patients.

Through another lens, they looked at “what if we don’t catch up and we have a six-month stop, what does that mean?” They calculated two deaths per every 100,000 women over the next 10 years. And the National Cancer Institute (NCI) estimates 10,000 excess deaths from breast and colorectal cancer over the next 10 years because of lack of screening.

I think we’re all trying to catch up, but it is incredibly hard. There was one study from Europe where they looked at what it would take to catch up with this six-month gap and they said that even if they increase their capacity by 35% and maintain their pre-COVID workflow pace, which I think is unheard of, it would still take 22 weeks to catch up. So I think we will be seeing long-term impacts for quite some time, some of which we just don’t even know yet.

To add another layer of complexity to that, vaccines have resulted in a lot of adenopathy – axillary adenopathy, and even some cervical adenopathy – and even delaying the screening or the workups another six weeks or more to the already delayed screening is a problem, or scheduling you’re screening around that. Do you want to talk a little bit about this as well?

That is quite the controversial topic amongst physicians, radiologists, referrers, and patients. We are not delaying patients.

We have actually done an active ad campaign to say that screening mammography is important and getting your vaccine is important and to please do both. For people who have had a history of cancer, we’re advising them to get the vaccine on the contralateral arm, so there’s no confusion when they come in. We are also documenting vaccination history, so part of our intake questionnaire now is, “have you had your first dose or second dose, what were the dates, what arm was it, and which one,” because some of the vaccines are more commonly associated with this adenopathy than others.

And if the history fits, we are not recommending follow-up on all patients. When we started, we were bringing them in, we were doing ultrasound, we were recommending three-month follow up, we were even biopsying some of them, but it’s challenging. And I find that now it’s most challenging for the patients with newly diagnosed cancer, and adenopathy on the ipsilateral side of the cancer; is it due to the vaccine, or is it due to the cancer? So for those, we are biopsying because it’s important for staging, but the other ones we are not.

Have you seen a differential impact on diverse communities in your patient population?

Unfortunately, we’ve had disparities in our healthcare system – I can speak to the United States but I think this is actually global – even pre-COVID, and it’s true for all populations including racial and ethnic minority populations and lower socio-economic class populations.

A lot of factors that COVID has added to it have included lack of insurance, loss of job, how do you get out of work and give up that precious income to come get your screening mammogram. Certain patient populations, particularly where we are in Boston, can’t afford parking and so they took public transportation but now that’s putting themselves more at risk, and some of our public transportation was also shut down so they couldn’t even get to us.

Outside of the structural socio-economic disadvantages of certain populations, they also have many of the higher cancer risk factors and higher prevalence of cancer risk factors. Those same populations also have more fear of going to the doctor and less trust in physicians and health care providers. Again, I think that gap has widened since COVID began where they now have fear of the vaccination.

To address this, I think we need to take a step back and really look at this more globally as all of the social determinants of health and address all of those components if we’re going to narrow some of the healthcare gaps and disparities.

At our institution, we looked at no-show rates in July and August 2020 because for us it was higher than it had been in the past. What we found was that 40% of those patients were non-English speaking, two-thirds were African American, Hispanic, or Asian, over half were high school graduates or less, and 40% were on Medicaid. So the underrepresented minorities were more likely to be in this no-show pool.

After this, we then looked to see if they came back. and actually 62% of them still, even with some outreach, have not been screened while 16% did return but they had an over six-month delay. We already saw from other studies that this delay is going to result, for those that have cancer, in later stage cancer diagnosis.

We also looked at our late-stage cancers diagnosed in 2020 compared to the previous four years before COVID. When we looked at pre-COVID late-stage diagnoses, breast cancer was at 6.6% but when we look at 2020, we had doubled to 12.6% of late-stage cancers. And the lower socio-economic class and people with higher comorbidities were even more impacted.

We’ve been trying to do some creative ways to address some of this by reaching out to the institution to see if we can offer them parking stickers or taxi vouchers or can we justify further extension of hours and pay overtime or reserve certain late appointments or very early appointments for certain populations. I think we really, as a society, need to think outside the box.

You and I have had a lot of discussions before about A.I. and we both are passionate about it. Can you speak to the importance of how A.I. can support quality of practice and the image itself and diagnostic confidence?

So I am an embracer of A.I. I know a lot of people are like, “oh it’s going to take my job” or, “a computer can’t do what humans can do.” I think we need A.I. and I find it very exciting all the work that’s being done.

The way I think about uses of A.I. is, even before diagnostics, thinking of it from the scheduling standpoint in terms of who needs to be screened. We could use A.I. to be strategic about who we call in first and in what time period by looking at their risk factors and who’s significantly overdue or who’s more likely because of breast tissue density or whatever it may be.

Then there’s also using A.I. to help with workflow in terms of helping facilitate appointments, figuring out if you should change your appointment times based on how long it takes to get through some of the work or if we have a bottleneck in the waiting room.

I also think that positioning is a huge advantage of A.I. For those that don’t have it, the technologist does the image and then we look at it, and in our institution, we don’t read screenings online so if it’s a technical recall then the patient has to come back, they’re exposed again, they’re more anxious, and it creates another appointment that is part of the first appointment. So if we can use A.I. to say, “in this image the CC view is not optimal,” then the technologist can repeat it in the moment and, in theory, you wouldn’t have any technical recalls because your image quality would be good from the get-go.

There’s also a huge shortage of breast imagers […]  In places where sometimes there’s a backlog and we’re trying to get through the diagnostic volume, our screening volume gets built up. So, can we use A.I. to take all of those screening mammograms and say, […]  “these are higher-risk patients,” so that we’re getting the abnormal reports to patients in a timely fashion?

I think something we have to be careful of is to make sure that the algorithm includes a diverse set of patients and includes patients who are like your patients. So even if we take something that’s created in the Northeast in the United States or in Boston, can we take that and use that same algorithm in Texas and California and England and Australia and the Netherlands? They’re different patient populations. As we look at A.I. tools we want to make sure that the tools that were used to create the algorithm incorporate all of these factors of race, ethnicity, body habitus, risk factors and really are generalizable because otherwise, I think we can get in trouble. But if that’s done, I think A.I. has a lot of potential.

Join our email list to stay up to date on the latest advancements in breast health technology.